Oh yeah, we were inside that famous prison called Alcatraz. I’m sure all of you guys have heard of this prison and the criminals that stayed there, one of them was Al Capone. Alcatraz Island belonged to Mexico long time ago but then California governor bought it from them and became US property/land.

How this place became a very famous prison is a very long story which you can google if you’re interested. I can tell you that I came to know about this prison from Kevin bacon’s famous movie Murder In The First 1995 which was about a prisoner in Alcatraz that his case led to shut down the whole place. Watch it, a very interesting movie.

Back to our trip, we reached our ferry just before 1pm and boarded immediately. As I said it was freezing called, so imagine staying in the upper deck just to get some cool pictures of the prison, we almost became ice cubes 😛 When we got to the mini island, there was a guard who spoke to every group that arrived to the mainland, we kinda skipped the speech because we wanted to save time. The place was really huge and it had a lot of going up and up and up. My legs started melting after few steps up.

which looked horrible! Then we entered the prison and saw where they showered and changed their clothes for the first time. Then we got our tour audio and headed up to the cells. Some places were closed for some reasons. We got to see the cells, the kitchen, the library and other places. It was so overwhelming, and there was this awful smell that made me feel death was surrounding us :S A very creepy tour.

We finished the whole place in 2 hours or less, something like that and headed back to Pier 39 in the ferry but this time we stayed inside because it was getting very cold. 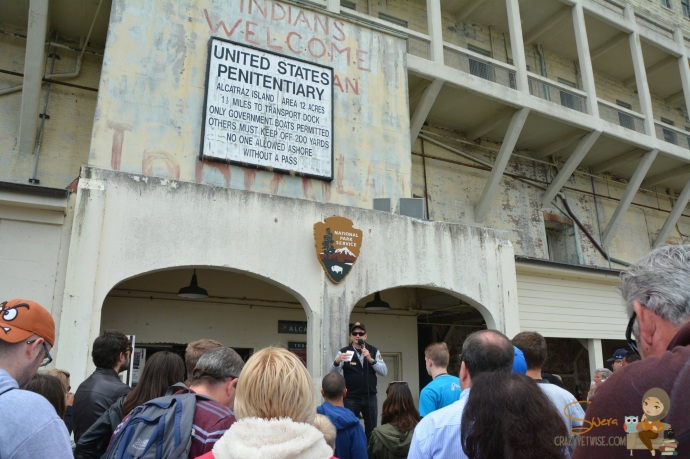 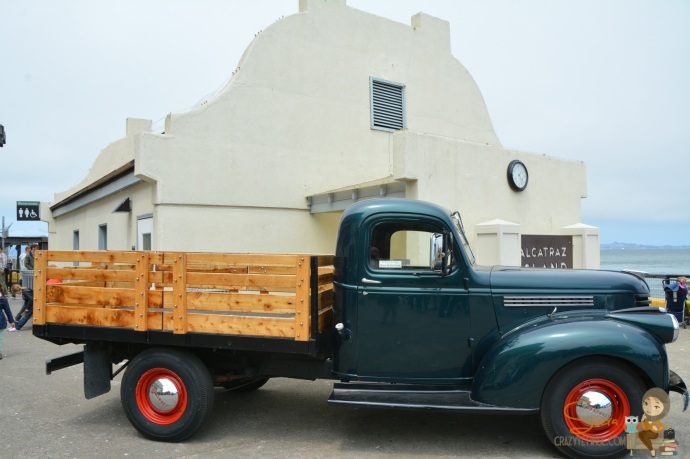 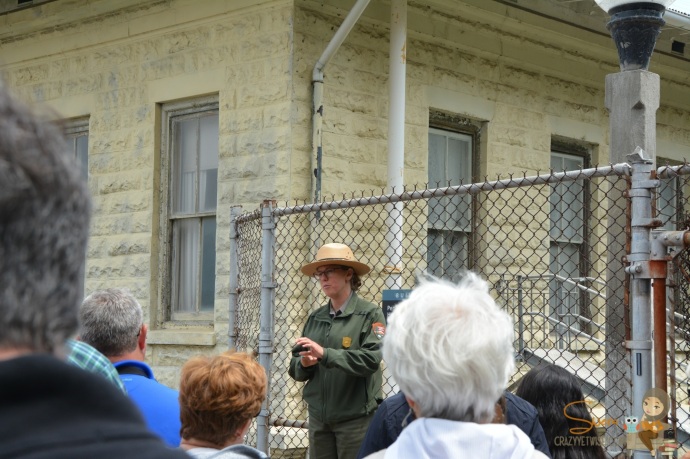 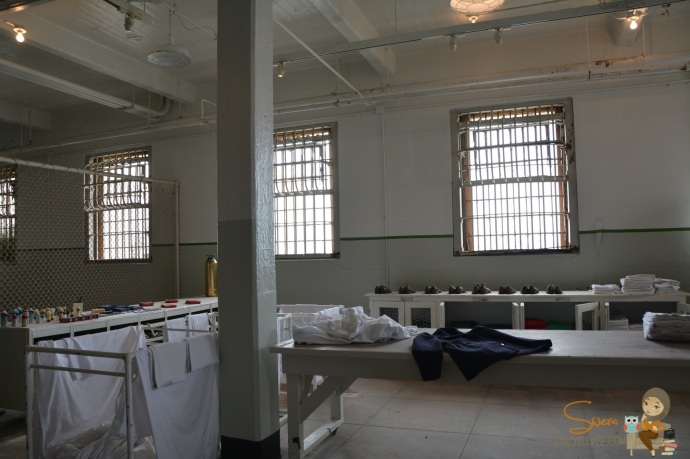 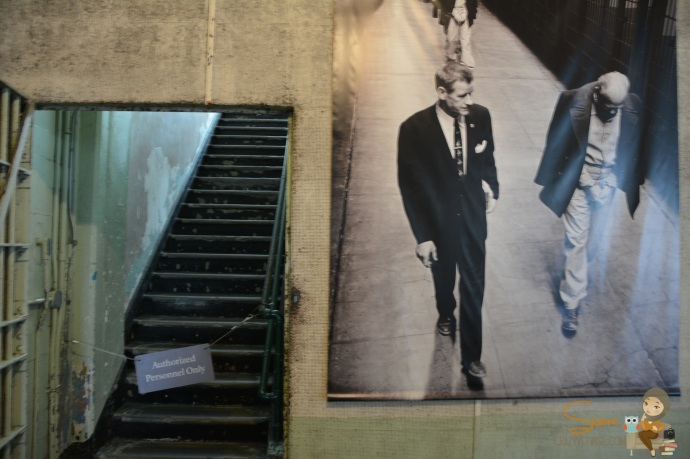 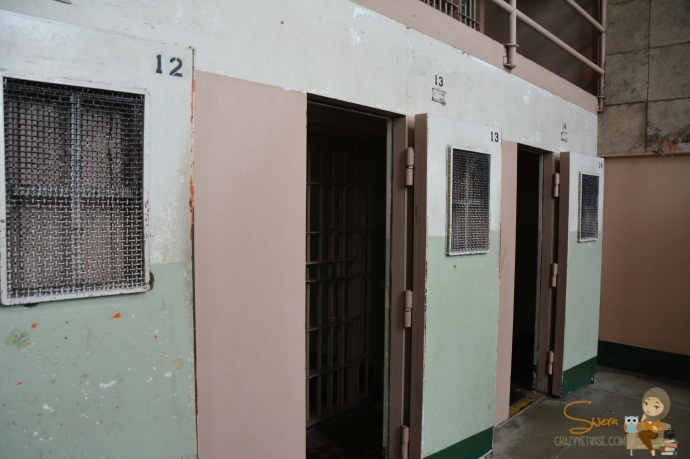 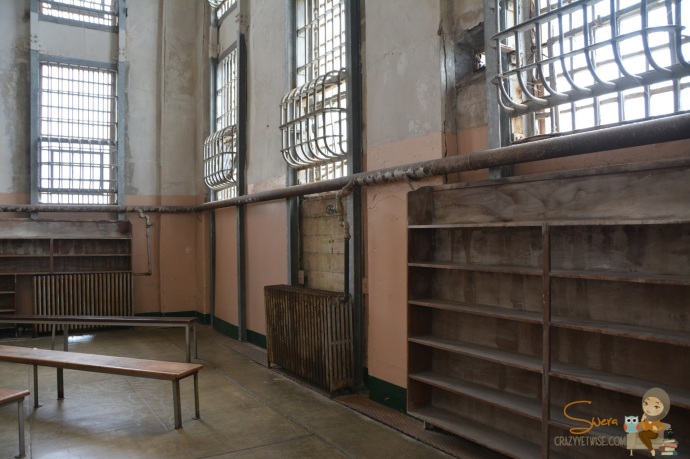 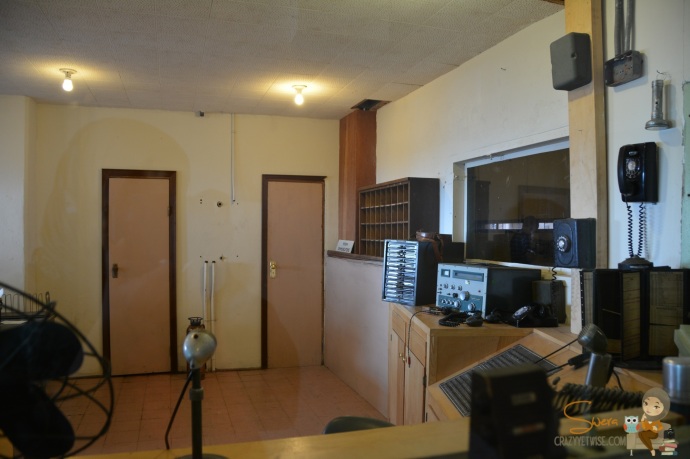 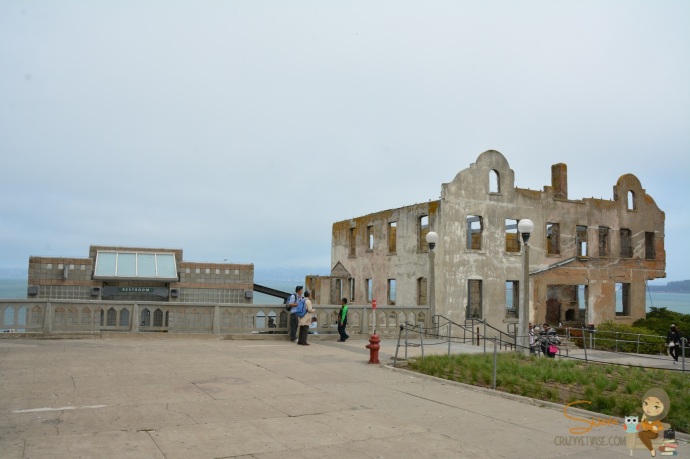 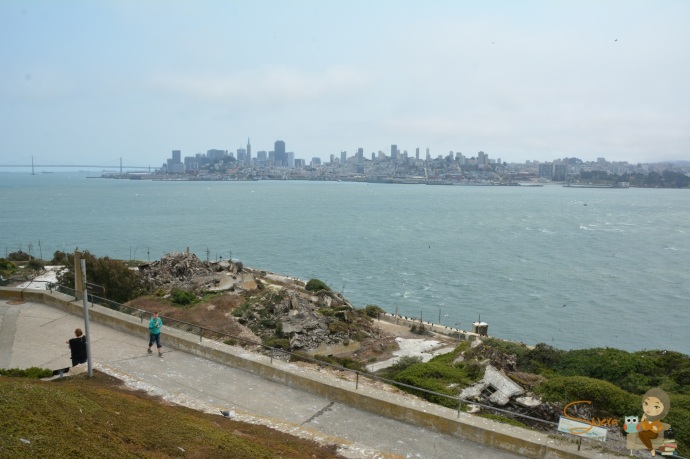 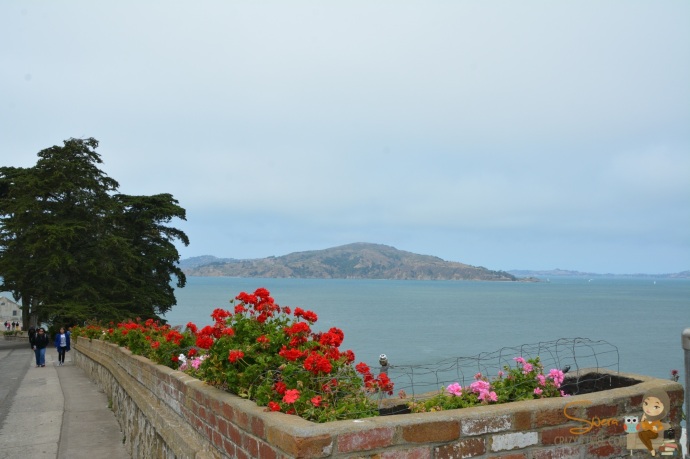